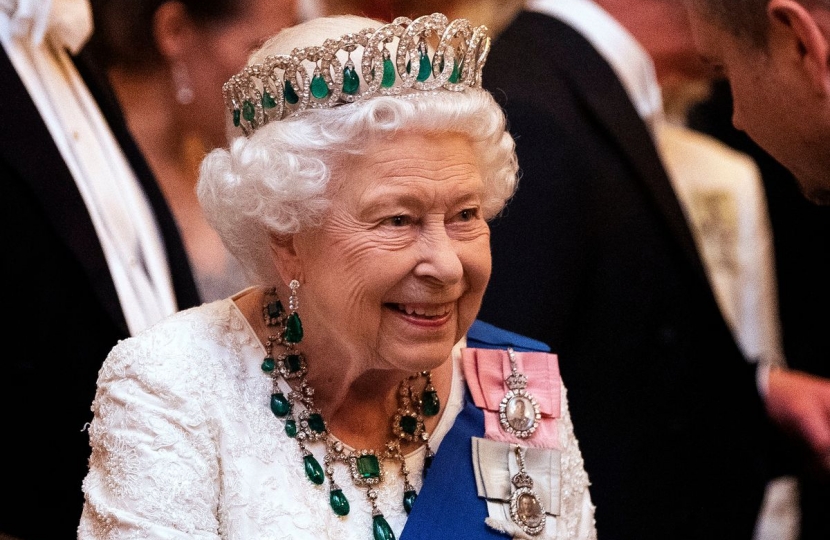 It's really great news that we'll be getting a 4 day bank holiday in June 2022 to celebrate the Queen's platinum jubilee.

Something to look forward to and an opportunity to bring the nation and the Commonwealth together.

The Queen's platinum jubilee will involve:

The UK will celebrate Her Majesty The Queen’s 70th anniversary as monarch with a blockbuster weekend of celebrations, Culture Secretary Oliver Dowden has announced today.

The May Bank Holiday Weekend will be moved to Thursday 2 June and an additional Bank Holiday on Friday 3 June will see a four-day weekend to celebrate Her Majesty The Queen’s  Platinum Jubilee - the first time any British monarch has reached this historic milestone.

This historic event will reflect on Her Majesty’s reign, and her impact on the UK and the world since 1952.

Activity will build across 2022 in the run up to the four day weekend, when the eyes of the world will turn to the UK.

The four day celebrations will feature an extensive programme of events that mix the best of British ceremonial splendour and pageantry with cutting edge artistic and technological displays. These will be interspersed with the traditional nationwide fanfare and celebrations.

Spectacular moments in London and other major cities will be complemented by events in communities across the UK and the Commonwealth, allowing people to join together in celebration and thanks at a national and local level.

Plans for the Platinum Jubilee are being developed in conjunction with some of the UK’s leading creative minds, event organisers and world class digital design companies. Using the talents of the UK’s cultural and creative sectors, the programme will engage young people from across the Commonwealth and use new technology in exciting ways.

In keeping with tradition, a Platinum Jubilee medal will be awarded to people who work in public service including representatives of the Armed Forces, the emergency services and the prison services. This tradition stretches back to the reign of Queen Victoria when an official medal was designed to mark her 50th anniversary on the throne.

Her Majesty’s Platinum Jubilee will be a truly historic moment - and one that deserves a celebration to remember.

We can all look forward to a special, four-day Jubilee weekend, when we will put on a spectacular, once-in-a-generation show that mixes the best of British ceremonial splendour with cutting edge art and technology. It will bring the entire nation and the Commonwealth together in a fitting tribute to Her Majesty’s reign.

The commemorations are being arranged jointly with The Royal Household and the Department for Digital, Culture, Media and Sport.

Further details on all aspects of programming, including events and how the public can get involved will be released in the months ahead.

2022 will be a significant year for Britain as we will also host The Birmingham 2022 Commonwealth Games and Festival UK 2022, each of which will bring a worldwide focus to the UK and will showcase the best of 21st Century Britain.

Photos from this week

Whilst I've been out and about in the constituency, it's been great to see the locals in action at Evesham Rowing Club, and with all the weird weather we've been having there were some spectacular clouds.