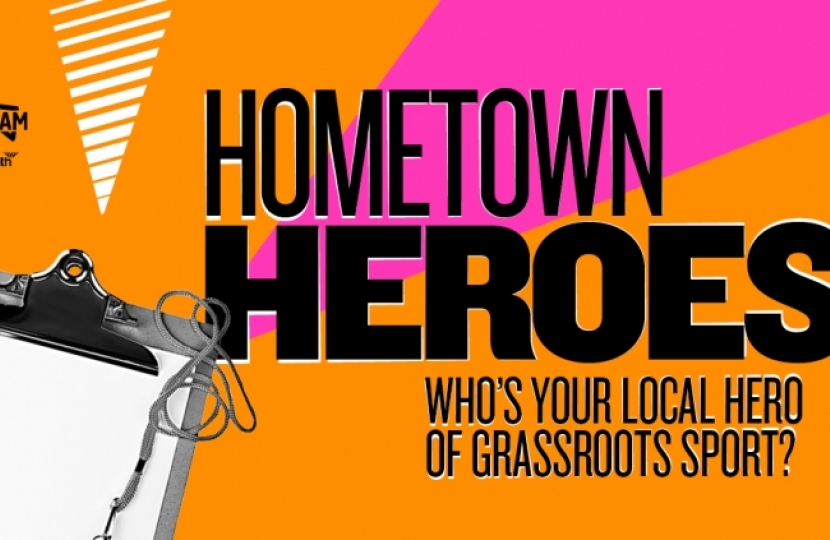 Organisers of Birmingham 2022 Commonwealth Games are searching for inspirational local stars of community sport in the West Midlands. These ‘Hometown Heroes’ will be the faces of an upcoming advertising campaign for the Birmingham Commonwealth Games. Nigel Huddleston, MP for Mid Worcestershire and Sports Minister, strongly encourages locals to nomination those in the community who deserve recognition for their dedication to grassroots sports.

In my ministerial role, I’ve had the privilege of going to visit and see the works and preparations for the Commonwealth Games, due to take place in 2 years’ time. It’s a really exciting opportunity for the region of the West Midlands, and the search for Hometown Heroes is just one of the ways we can really promote our fantastic community spirit, and our enthusiasm for sports. This is a national campaign, where we celebrate grassroots participation in sport, as well as elite competition. Grassroots sports have really come into their own in this pandemic, and I know that we feel so passionately about our local clubs and the role they play in the community. So I would strongly encourage my constituents to nominate someone. This competition isn’t limited to people who play sport. It could be a volunteer, coach or even a diehard supporter.”

The campaign aims to celebrate and represent the rich diversity of the West Midlands by recognising people who go above and beyond to encourage participation in sport and exercise in the region. Hometown Heroes can be anyone who lives and works in the West Midlands and can be connected to any sport, not just those included in the Birmingham 2022 Commonwealth Games programme. The Hometown Heroes billboard campaign is the next phase of a wider nationwide campaign launching this month, featuring Team England superstars from a range of sports hoping to compete for gold in two years’ time.

Nominations are open now at www.birmingham2022.com/hometownheroes - the best will be chosen to feature on billboard adverts across the region in 2021, as the countdown to the Birmingham 2022 Commonwealth Games begins.