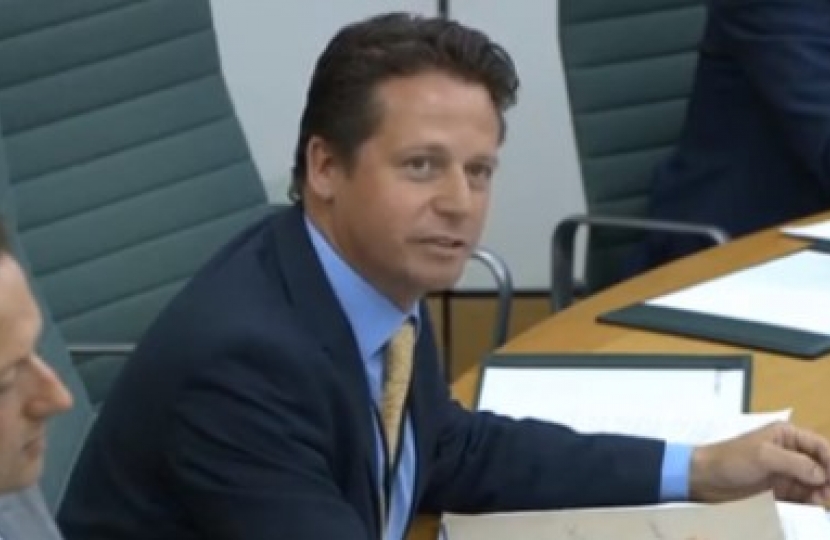 On Tuesday in Parliament I took part in the first of two evidence sessions on blood doping, the banned but difficult to detect practice of drawing then replacing the athlete's own blood to enhance performance in athletics, as part of my role as a member of the Culture, Media and Sport Committee.

In August the Sunday Times published a series of articles commenting on a database of test results from athletes taken between 2001 and 2012, which its experts argued showed abnormal results for a number of endurance runners.

The Committee’s inquiry is exploring the allegations (which have been strenuously rebutted by the International Association of Athletics Federations) that the IAAF failed to follow up test results from some prominent athletes which raised suspicions that blood doping had occurred.

Speaking in Tuesday's session, I said,

“You’ve basically told us that the wrong medals have been awarded to up to 20 or 30 per cent of people who’ve been suspected of doping at major international events.

Therefore a generation of school children have admired cheaters, athletes including British athletes have potentially been robbed of their medals and sponsors have been giving money to individual athletes and events in a rather erroneous and deceptive way.  This clearly means that there is a huge benefit in identifying doping.

The thing that I really have a problem with is that these are people we put on a pedestal and admire and who supposedly instil values of fair play. Yet the scale of this we are starting to see now is incredible.

It begs the obvious question, why do so many athletes think that they can get away with it?"

“There are some very sophisticated cheats in the world of sport. Some go to extraordinary lengths in terms of hiring scientists to tell them when to take something, when not to take something, if the drugs testers turn up at the door delay by x number of minutes, while you take x, y and z. There are drugs out there that are constantly being modified to avoid detection. The science is behind the sophisticated cheater.”

There has been considerable press attention about this committee hearing, focused around comments made by Paula Radcliffe in response to a question asked by the chair, Jesse Norman MP. All the information the committee received was anonymised so we did not have access to any individual athletes data and therefore no athletes were accused by name by any member of the committee.  It is disappointing that the main headlines around the hearing have been around Ms Radcliffe whom no-one actually mentioned, because I thought the biggest findings from the hearing were the overall need for greater transparency and better governance of international athletics and the revelation of the scandalous scale of doping in Russia involving some very young athletes which almost verges on child abuse.