Guidance and Information on paying respects to Her Majesty The Queen 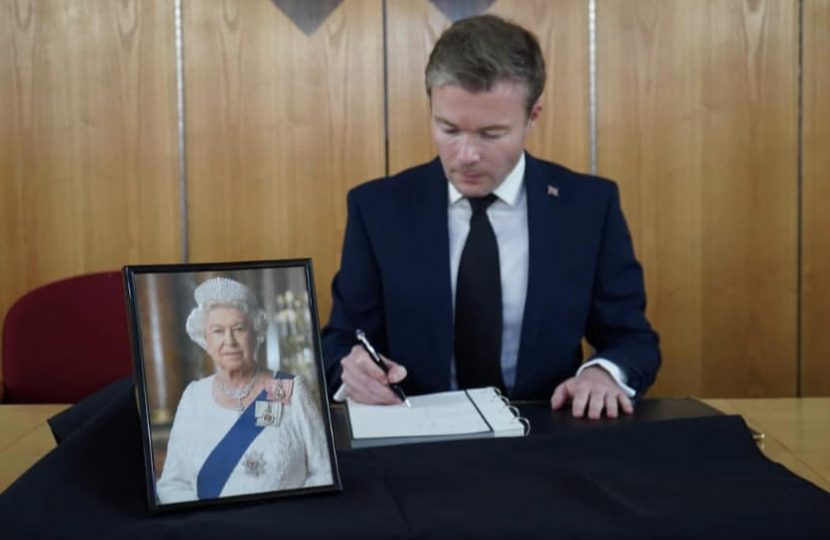 I appreciate that at this sad time, many of my constituents will want to come together and pay their respects to Her Late Majesty The Queen.

Please find below some useful links and information that may be of help to my constituents.

General national guidance for the public and businesses on the period of National Mourning is available here.

A national book of condolence is available for people to sign online, here.

Further information on the period of mourning and funeral arrangements can be found here.

These are now available for people to pay tribute to Her Late Majesty the Queen. They will be available to sign during usual opening hours at the following locations:

People are encouraged to make a donation to charity in memory of the service The Queen gave to her people rather than lay flowers.

You can search a list of charities supported by HM The Queen on the Royal Family website. Donations to Worcestershire Community Foundation are also encouraged.

However, understandably, many people will also wish to lay flowers. Therefore, anybody wanting to lay floral tributes is asked to do so at the following locations:

Please note flowers and other tributes will be removed the day after the State Funeral for HM Queen Elizabeth II.

This is a sad day for the Worcester Warriors family including employees, players, and fans right across the country. But I am hopeful that the administrators can find a path forward for the club under new owners.