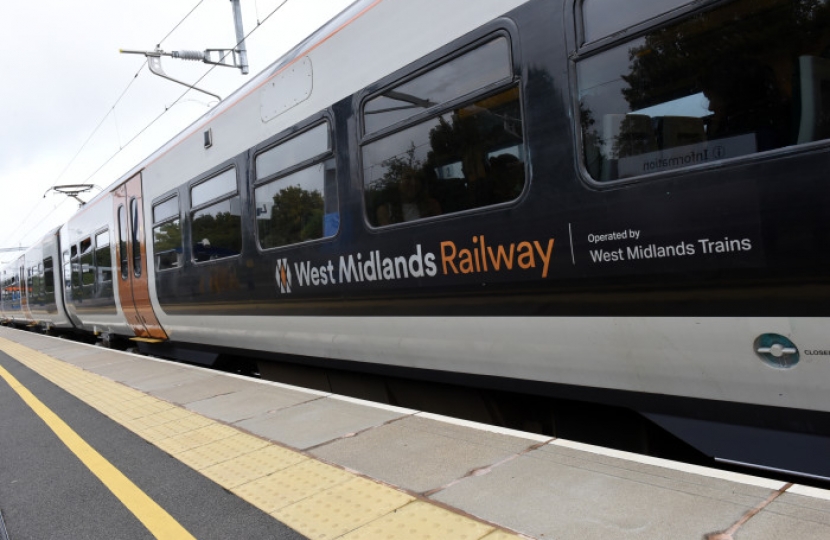 The Managing Director says the reasons behind excessive overcrowding on these services is down to the introduction of new services across the network in May last year. The new services were brought in without the accompanying new train fleet which meant that the existing fleet was stretched to meet the terms of the Train Service Requirement. In basic terms, this means the trains being used were much shorter than they should have been, so more passengers were crammed in a smaller space leading to overcrowding issues.

The good news is that in the last few weeks before Christmas, they have been able to locate extra trains and we should already be seeing the benefits of this. This also comes with the promise that services between Birmingham New Street and Hereford are being prioritised for new trains and improvement in services which should come into fruition later this year along with the long-awaited opening of Worcestershire Parkway Station.

I know full well that poor train service is a huge bug bear for my constituents and especially around Christmas, overcrowding became such a problem that elderly people and those travelling with small children were put off train travel. I am hopeful that we should finally see some improvement in our train service and that West Midlands can finally give railway users in Worcestershire the service they deserve.