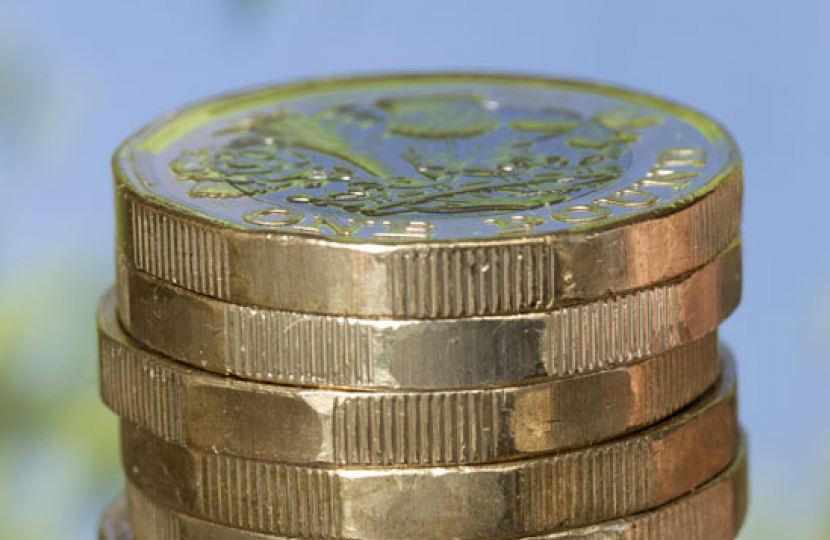 I welcome the news that the Government is immediately taking action to increase National Living Wage.  This increase of 6.2% effectively gives a pay rise to 2.8 million people in the UK. It represents the biggest cash increase ever and shows a huge commitment to make sure that every worker in the country receives a fair wage.

Starting from 1st April this year, National Living Wage for people over the age of 25 will rise from £8.21 to £8.72 which means full-time workers will be up to £930 better off every year. Other age groups benefit too with 21-24 year olds receiving a 6.5% increase in National Living Wage. This is part of the Government’s aim for National Living Wage to reach 60% of median earnings this year. This follows on from the introduction of National Living Wage, first introduced by Chancellor George Osborne and Prime Minister David Cameron in 2015 and implemented in the following years under Theresa May’s government.

Since 2016, under Conservatives the lowest paid have seen an increase in their wage of more than £3,600. I know there is still further to go and by 2024 we want to make sure that anyone working in the UK can have a good quality of life by addressing both wages and the cost of living. I’m pleased that the Government is already showing the strength of their commitment to eliminate low pay in the UK.

Prime Minister Boris Johnson says 'hard work should always pay, but for too long, people haven’t seen the pay rises they deserve. As we enter a new decade, we’re setting our sights higher, to help people earn more over the next five years and level up access to opportunity across our great country.

On Friday, I visited the Droitwich Spa Foodbank, whose volunteers work diligently and consistently for the community.