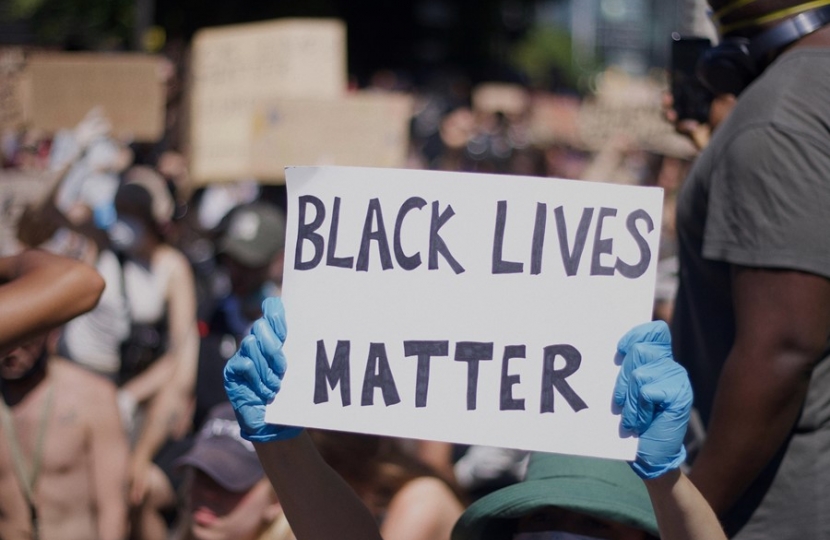 Last night, the Prime Minister released a statement to the newspaper, the Voice, and published a video which you can find online here.

If you want to read the full statement, please have a look below:

"Let us work peacefully and lawfully to defeat racism and discrimination wherever we find it.

The death of George Floyd took place thousands of miles away – in another country, under another jurisdiction – and yet we simply cannot ignore the depth of emotion that has been triggered by that spectacle, of a black man losing his life at the hands of the police.

In this country and around the world his dying words – I can’t breathe – have awakened an anger and a widespread and incontrovertible, undeniable feeling of injustice, a feeling that people from black and minority ethnic groups do face discrimination: in education, in employment, in the application of the criminal law.

And we who lead and who govern simply can’t ignore those feelings because in too many cases, I am afraid, they will be founded on a cold reality.

Yes, I am proud to lead the most ethnically diverse government in the history of this country, with two of the four great offices of state held by a man and a woman of Indian origin; and yes, I am proud of the work I began to lead more than ten years ago to recruit and promote more young black people, in the police and other walks of life.

This country has made huge strides. I remember the 1970s, and the horror of the National Front. I truly believe that we are a much, much less racist society than we were, in many ways far happier and better.

But we must also frankly acknowledge that there is so much more to do – in eradicating prejudice, and creating opportunity, and the government I lead is committed to that effort.

And so I say yes, you are right, we are all right, to say Black Lives Matter; and to all those who have chosen to protest peacefully and who have insisted on social distancing – I say, yes of course I hear you, and I understand.

But I must also say that we are in a time of national trial, when for months this whole country has come together to fight a deadly plague.

After such sacrifice, we cannot now let it get out of control.

It is BAME communities who have been at the forefront of the struggle against coronavirus – whether in health care or transport or social care or any of the other essential services that have kept our country going.

And it is BAME communities, tragically, that have paid a disproportionate price.

So no, I will not support those who flout the rules on social distancing, for the obvious reason that we risk a new infection at a critical time and just as we have made huge progress.

And no, I will not support or indulge those who break the law, or attack the police, or desecrate public monuments.

We have a democracy in this country. If you want to change the urban landscape, you can stand for election, or vote for someone who will.

They are hijacking a peaceful protest and undermining it in the eyes of many who might otherwise be sympathetic.

And as a society, we can and must do better.

This month, on the 22nd of June, we celebrate the arrival of the Empire Windrush in 1948, and we remember the contribution of the Afro-Caribbean workers – in the NHS and across all public services – who helped to rebuild this country after the war.

And today, once again, we face a great task: to relaunch this country after Coronavirus. So let’s work peacefully, lawfully, to defeat racism and discrimination wherever we find it, and let us continue to work together across all the communities of this country, as we put Britain back on its feet."