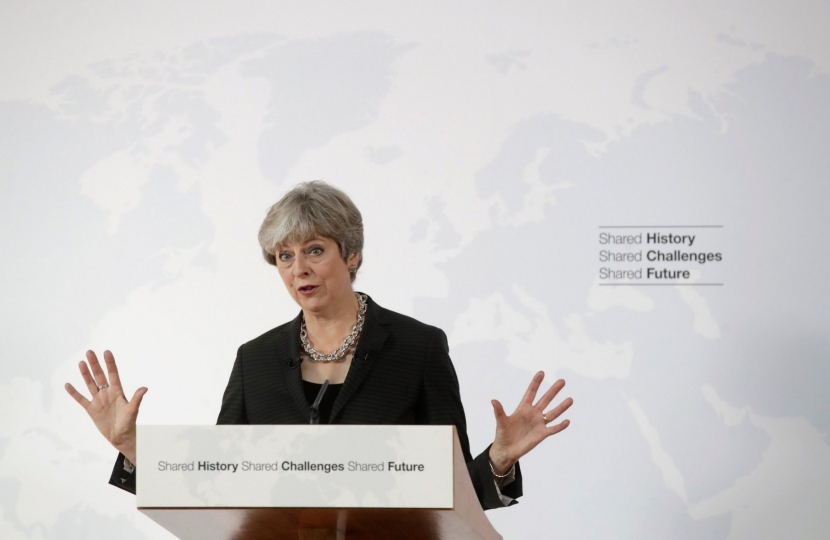 In a speech delivered in Florence today, Theresa May laid out her vision for the UK after Brexit and confirmed that she would seek a transitional implementation period after the March 2019 article 50 deadline for leaving the EU. Emphasising themes of partnership and cooperation, the Prime Minister reiterated the protection of the rights of EU citizens in the UK and reassured EU member states that they will not need to pay more or receive less money over the remainder of the current budget plan as a result of the UKs decision to leave the EU.

Providing an update on the negotiating process, the Prime Minister pointed to progress on the Belfast Agreement, the Common Travel Area in Northern Ireland, and citizens’ rights. She was able to confirm that agreements had been secured on issues related to residence, healthcare, social security and pensions. Moving on to the issue of trade, the Prime Minister rejected arrangements that mirror both Norway’s EEA membership and Canada’s free trade deal, calling for imagination and invention in a bespoke deal that is best fitted to this unique situation and most beneficial to both parties.

The Prime Minister also confirmed that she will be proposing a strictly time-limited implementation period where the UK and EU will continue to have access to one another’s markets on current terms and take part in existing security measures. This period is expected to last for about two years and the Prime Minister was clear in saying that it should be agreed as early as possible, so as to provide certainty.

This was an important speech which set out the key issues and established the overall tone for the next phase of negotiations with the EU. The Prime Minister adopted a positive, optimistic and friendly tone when delivering her speech.

I also welcomed the proposal for a time limited transition period of up to two years after we leave the EU in March 2019. This is something that I know local and national businesses have been seeking and it will help enable a smooth and sustainable Brexit.

The Prime Minister made it clear that we want as free and open a trade deal as possible with the EU and that this would be in the interests of both the UK and the EU. We should not forget that EU has a £70 billion trade surplus with the UK and that there are more EU jobs dependent on trade with the UK than UK jobs dependent on trade with the EU, so it is transparently in the interests of the EU to conclude a deal. It would be a reckless act of economic self-harm for the EU to fail to come to a reasonable agreement with the UK. Business leaders in Europe may wish to remind their political leaders of that fact.