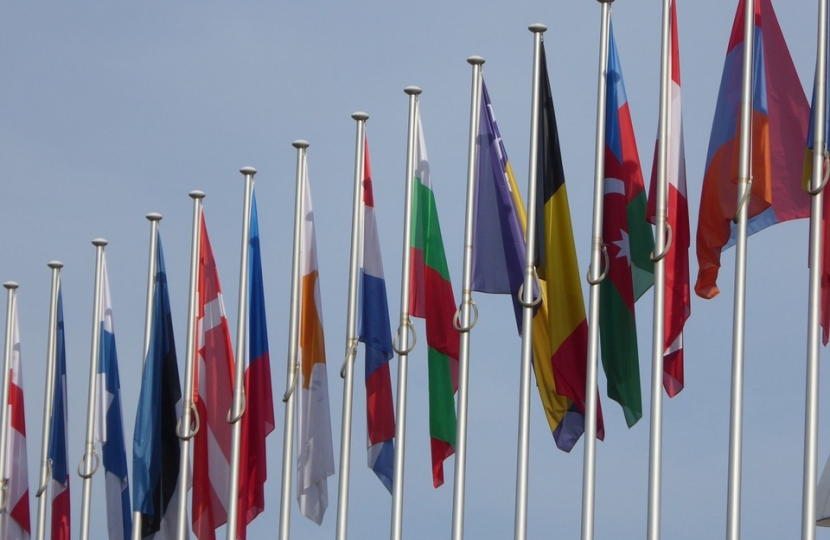 The draft texts set out in full the special status accorded to the UK and clearly carves us out of further political integration. And, if agreed, they go further, making clear that EU countries do not have to aim for a common destination.

On top of that, there is now a proposal for a legally binding agreement that our Parliament can, acting with others in Europe, block unwanted EU laws with a ‘red card’. And there would be a new mechanism to ensure that the EU’s commitment to ‘subsidiarity’ – that decisions should be taken at a national level where possible – is fully implemented.

There is a new proposal for specific targets to reduce the burdens on business in key sectors, and a proposed new mechanism to drive these targets through and cut the level of red tape year on year.

Not a single currency club

Britain is going to keep the pound. We called for a series of principles to protect the single market for Britain: no discrimination against the pound; no disadvantage for businesses that use our currency, wherever they are located; and no option for Britain ever again to be forced to bail out Eurozone countries.

The draft texts represent the strongest package we have ever had on tackling the abuse of free movement, including greater freedom to prevent those who pose a genuine and serious threat from coming into this country.

EU migrants will no longer be able to claim Universal Credit while looking for work; and if those coming from the EU have not found work within six months they can be required to leave. Someone coming from Europe will no longer be able to send child benefit overseas at UK rates; and an emergency brake will mean people coming to Britain from within the EU will have to wait four years until they have full access to our benefits.

These changes would be binding in international law, and deposited at the UN. They could not be changed without the unanimous agreement of every EU country, including Britain – and in key areas, treaty change is envisaged. This is similar to the deal that Denmark negotiated in 1992.