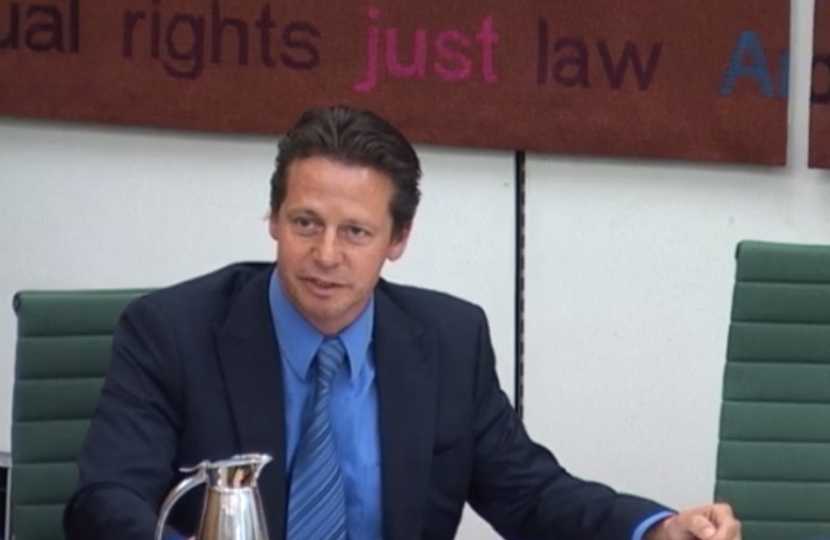 Earlier today I used the Culture, Media and Sport Committee hearing on the BBC Annual Report 2014-15 to push the BBC Trust on investment in the Midlands region.

Speaking at the Committee I said,

“There are several ways that licence fee payers can benefit from the BBC, obviously consuming and enjoying the content, but also they can benefit in terms of jobs and investment.

There are lots of studies to show that for every £1 that the BBC spends about £2 comes back in terms of positive economic benefit. The beneficial economic impact is beyond doubt, but unfortunately it’s not spread particularly evenly across the country.

Investment since 2009 in the North has gone up by 217% and unfortunately as you said in the Midlands since 2009 it has fallen by 35%, so we really do need quite a significant turnaround."

I also asked if they had met with lobbying groups such as Regional Broadcasting Midlands.

Responding, Rona Fairhead CBE agreed that licence fee payers wanted their region represented and skills built up in their region. She pointed out that the BBC Academy, the BBC’s centre for in-house and industry wide training, moved to Birmingham earlier this year. She said the Trust wanted “an enlivened centre for the BBC there” and that “Birmingham is definitely in the sights of the Trust as something that needs to be addressed”.

The BBC Trust Chairman also pointed towards the formal public consultation planned for Birmingham on the future of the BBC as part of the Charter Review process, scheduled for Tuesday 10 November.

I know from the correspondence I have received from constituents on the Charter Review that they are broadly very supportive of the BBC and what it produces. This is a sentiment I agree with. I believe the BBC is an institution to be proud of that does great things.

That said I am firmly of the view that no area of public spending should be free from governmental, or in the committee’s case parliamentary, scrutiny.

I join the Government in its wish to stimulate a national debate over the coming months as we map out the future for the BBC. We need to ask some hard questions during this Charter Review, looking at what the BBC should be trying to achieve in an age where consumer choice is now far more extensive than it has been in the past.

We as licence fee payers must ask what more the BBC can do for us and increasing investment for our region is a key part of this and something that I will continue to push them on.