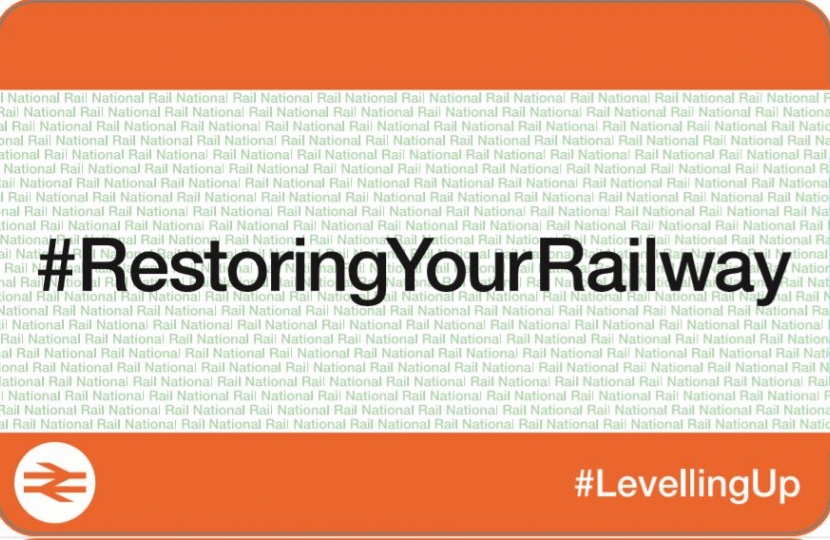 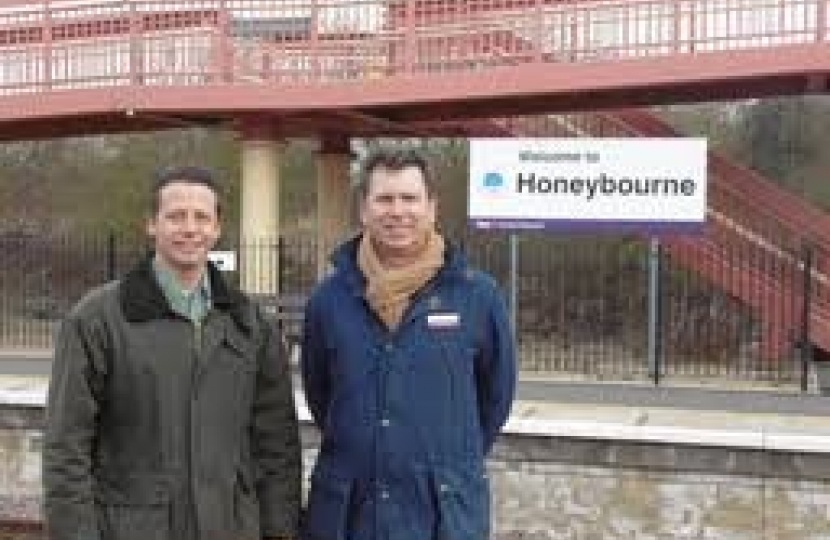 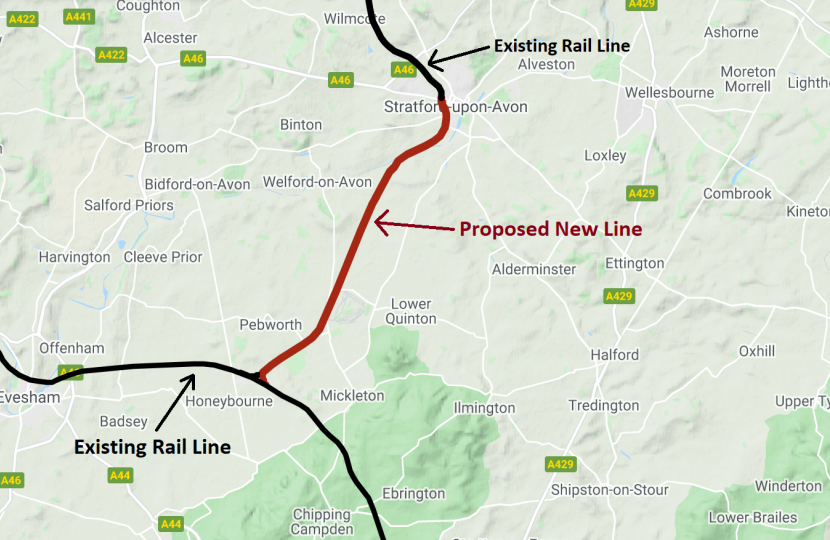 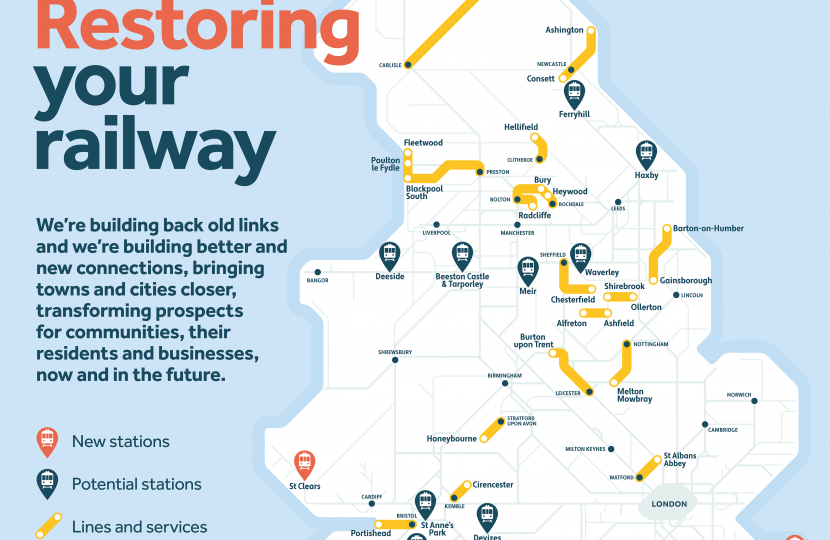 This is fantastic news. The submission I sponsored was for a study to be conducted on the reopening the former rail line that used to connect Stratford-upon-Avon to an interchange near the village of Honeybourne. The line was closed in 1976, but if reinstated it would enable direct train services to operate between Worcester, Evesham, Stratford-upon-Avon and Birmingham. This would enable a journey time of 35 minutes between Worcester and Stratford, while Evesham to Stratford would see a journey time of just 18 minutes. The service would also enable residents in Evesham and Honeybourne to access Birmingham in under one hour.

Attached is a map showing the approximate location of the proposed new line. Part of the former rail link was later converted to a cycle path, and forms part of the National Cycle Network. However, I am reassured that all involved are committed to ensuring that, should this new rail link be built, there will be provisions to ensure that cycling along this route can continue unimpeded.

We are still at an early stage of this process, but this announcement is a welcome step forward. My thanks goes out to all those at the Stratford Rail Transport Group, Shakespeare Line Promotion Group, Cotswold Line Promotion Group, and Solihull & Leamington Spa Rail Users Association for their work thus far, and also to the 10 MPs, County and District Councils, and everyone else for their support of this bid thus far.

I look forward to continuing to work with all interested parties in the months and years to come.