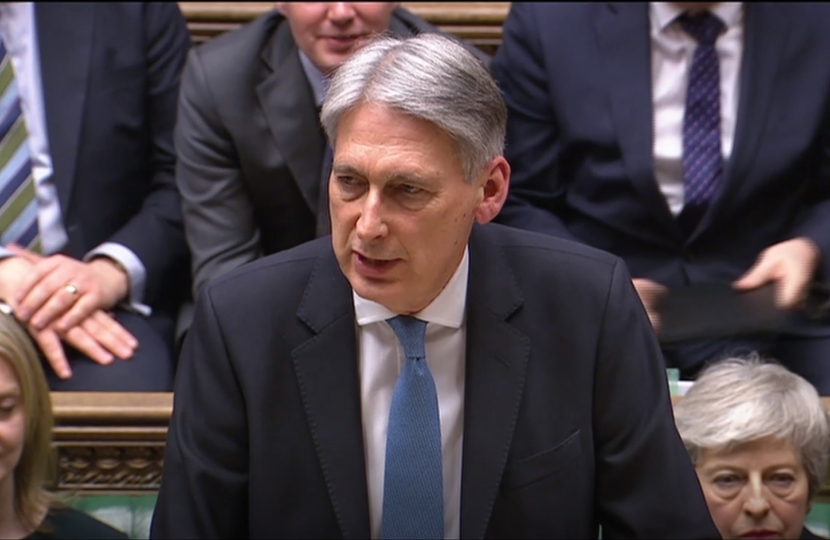 Two of the major focuses of the Chancellor’s speech were the rising levels of knife crime and concerns about the environment. He announced £100 million of new funding for police forces in the worst affected areas of England and Wales to tackle violent crime, with the West Midlands being one of the seven areas that will get the bulk of the funding. On the environment, he announced a “Future Homes Standard” and plans to enable “zero carbon travel” across the country. Developers in England will now also have to enhance habitats for wildlife alongside new developments and the switch from natural gas to less carbon-heavy green gas will be accelerated.

This was an encouraging and timely statement from the Chancellor. Amongst positive economic news, he announced some genuinely substantive measures that will safeguard our young people now and in the future.

The scourge of knife crime has shocked people around the country and I am glad that significant additional funding has been made available to save young lives.

I also welcome the three major environmental measures in this statement – we saw last month the strength of feeling about this amongst children and young people when so many demonstrated around the UK, and I hope that today they are reassured that their voices are being heard.

There is no doubt that these are uncertain times but I am hopeful that we are set up to face the challenges ahead with the foundation of a robust economy and bright fiscal future.

Drink at the Fleece Inn

It was great to catch up with Nigel Smith, Landlord, and enjoy a pint on Saturday evening at the Fleece Inn, Bretforton - where the team were ready to welcome us and serve us in a slightly different way to normal - but enjoyably and safely.