Statement on Boris Johnson's Election as Leader of the Conservative Party 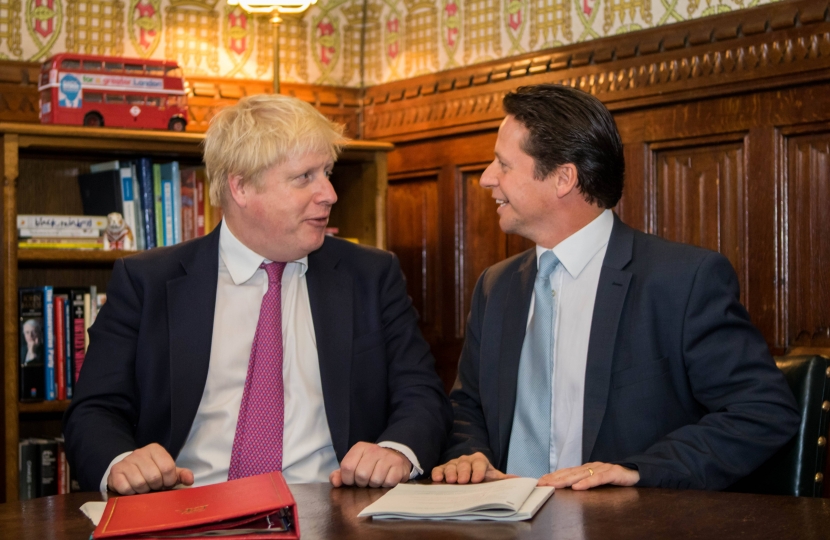 After seven weeks of campaigning across the country, Boris Johnson has been elected as the new leader of the Conservative Party and, subsequently, our Prime Minister. I warmly welcome Mr Johnson to his new role and wish him well for the months ahead, as we prepare to leave the European Union.

Tomorrow, Theresa May will go to Parliament for her final Prime Minister’s Questions, then on to Buckingham Palace to formally resign as Prime Minister. I would like to take this opportunity to again thank Theresa May for her years of dedicated service to this country. She was, and I am under no doubt that she will remain, a devoted public servant who will continue to serve with dignity from the backbenches.

Boris Johnson presented a positive vision for the UK’s domestic agenda, and I look forward to helping him deliver on the commitments he made during the campaign to further improve our vital public services.

As a Vice Chairman of the Conservative Party I have been closely involved in overseeing some of the leadership campaign activities and hustings, and it has been rewarding to see Party members so engaged with the process. It was a very well-organised contest and I want to thank everybody who  enabled it to run so smoothly. We have seen a considerable increase in Party membership both locally and nationally over the last year to more than 180,000 members, and the fastest growing segment of this increase was young people under the age of 25 with a 100% year-on-year growth.

The next few months will be an important time for our country as the new Government renegotiates our future relationship with the European Union.

For my part, I will do all that I can to support Mr Johnson’s efforts to ensure that we deliver on the referendum result and leave the EU as quickly, and as orderly, as possible.