Statement on the Ending of the Current Parliamentary Session 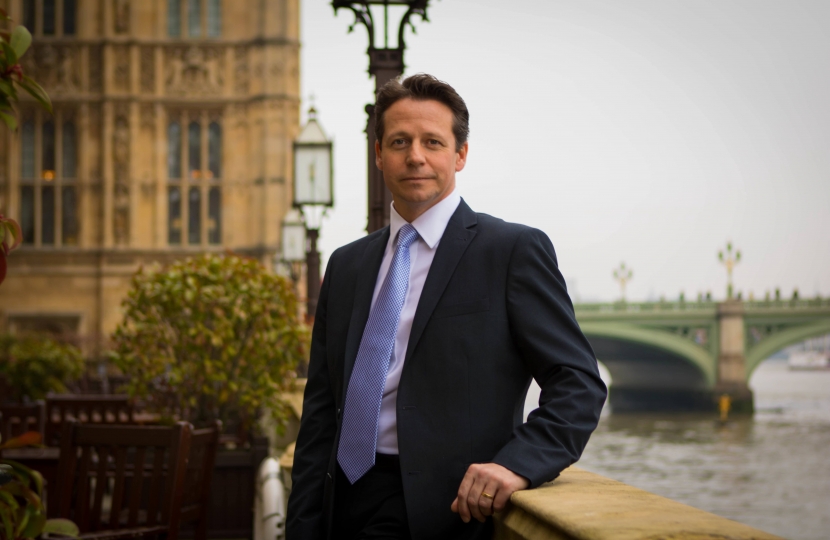 A number of constituents have got in touch with me regarding the recent announcement by Prime Minister Boris Johnson that the Government intends to end the current Parliamentary session in the second sitting week of September. I would like to take this opportunity to set out my view on this subject.

This current session of Parliament has lasted more than 340 days - the longest in over 350 years. We are in a position whereby we have a new Government in place and therefore it is only right that the new Prime Minister, Boris Johnson, has the opportunity to set out his priorities and the domestic agenda for a new session of Parliament in a Queen’s Speech.

The Conference recess is a well established part of the normal parliamentary calendar in which MPs spend time in their constituencies or attending their party conferences. The TUC, Labour, Liberal Democrats, Conservative and SNP party conferences all take place during this Conference recess and over the last two years the Conference recess dates were: 14th September 2017 to 9th October 2017; and 13th September 2018 to 9th October 2018. The Prime Minister's announcement will mean Parliament will not sit from a point between the 9th and 12th September and Monday 14th October, meaning an extension of about one week longer than usual.

Further, the ending of the current session of Parliament will still allow MPs not only to debate Brexit but the Government's domestic legislative agenda too. As Mr Johnson has made clear, by holding the Queen’s Speech on October 14th this will provide MPs ample time to debate the Government’s overall programme and approach to Brexit as well as the conclusions of the European Council which takes place on the 17th to 18th of October. MPs will have several days of debate following the Queen’s Speech and then vote on the 21st and 22nd October, once we know the outcome of the Council and whether a new deal with the EU has been secured.

I can assure you that, having been in Parliament for the last 4 years, the one thing we have not lacked is time dedicated to debating Brexit. The thing that many of my constituents have been asking for is to see us spending more time debating other important issues - and this is precisely what the Queen’s Speech will focus on.

With regards to Brexit, the Prime Minister and Government officials will continue to talk to the EU throughout the time that Parliament is not sitting. Should the Prime Minister succeed in agreeing a deal with the EU, Parliament will then have the opportunity to pass the Bill required for ratification of the deal ahead of October 31st. It remains my priority and the Government’s priority to secure a deal with the EU, but it is also the responsible thing to do to continue preparations for leaving the EU, with or without a deal.

Like the Prime Minister, I have been consistently clear that I want to leave the EU with a deal in place. That is why I voted for Theresa May's deal each of the three times it was introduced to the House of Commons - as did the vast majority of my Conservative colleagues. I do understand that there are several reasons why colleagues felt uncomfortable with Theresa May's plan - and the backstop is a key concern for many.  But many of those opposition MPs who now say that they want to do "everything they can" to avoid no deal did not actually do the one thing which could have secured that months ago: voting for a deal! I did. They didn’t. Their current argument simply doesn't stack up with the way they behaved when presented with a deal. Opposition parties actually whipped their MPs to vote against it.

I seriously hope that Labour, SNP and Liberal Democrat MPs who again and again voted against a deal for party political reasons will carefully reconsider their position in the event that the Prime Minister presents a new deal to Parliament.

Many of my constituents, 58% of whom voted to leave the EU, are understandably frustrated that we have not yet left the EU more than 3 years after the referendum.  I also appreciate the very strong feelings of those who do not want us to leave. However, I am a democrat and I always said I would respect and implement the result of the referendum and the instruction I was given in the referendum was for us to leave. That is what we will be doing on October 31st.

In the meantime there will be plenty of time in Parliament to further debate Brexit.  However, we must respect the result of the referendum and I do not support the actions of some parliamentary colleagues who claim to be acting to prevent no deal but who are actually just trying to stop Brexit. I genuinely appreciate that as we approach the Brexit deadline and Brexit becomes a reality that some people – especially those who voted remain – will be upset, but I hope that we will soon be able to move on, focus on the future and not the divisions of the past. Having a full and clear domestic agenda will help with that process.

I hope this provides my constituents with the assurance that MPs will continue to have ample time to discuss Brexit and, importantly, hear more details about the ambitious domestic agenda the Government wishes to pursue.