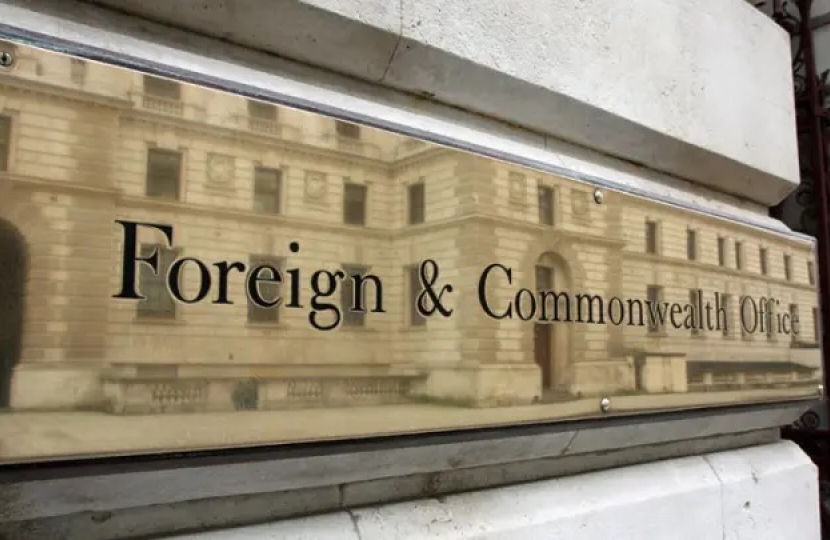 Last night, Foreign Secretary, Dominic Raab, took to the podium for the daily press release and updated us on the current situation.

Here's what he said:

I would like to update you on the steps that the government is taking to defeat the coronavirus.

Our step-by-step action plan is aimed at slowing the spread of the virus, so fewer people need hospital treatment at any one time, and that will protect the NHS’s ability to cope. At each point, we have been following scientific and medical advice and we’ve been very deliberate in our actions, taking the right measures at the right moment.

We are taking unprecedented action to increase NHS capacity, by dramatically expanding the numbers of beds, key staff and equipment on the front-line, to give people the care they need, when they need it most. That is also why we are instructing people to stay at home, so we can protect our NHS and save lives.

I can report that through the government’s ongoing monitoring and testing programme, as of today:

Our thoughts, our deepest condolences are with their loved ones at this very difficult time.

These figures are a powerful reminder of why we need everyone to follow the government’s guidance. We must stay at home, to protect our NHS and to save lives.

As you will know, last night, the Prime Minister was admitted to hospital for tests following advice from his doctor. This was a precautionary step, because he continues to have persistent coronavirus symptoms, ten days after first having tested positive for the virus.

I can tell you that the PM had a comfortable night in hospital, and he’s in good spirits. He’s still in hospital under observation. He is being given regular updates on developments, and he continues to lead the government.

I can reassure the British people that the government remains united in a single overriding priority, which is to defeat the coronavirus and see this nation through the challenge ahead.

In the last week under the Prime Minister’s leadership:

The FCO is supporting all of these operational priorities.

So we’re deploying the diplomatic network right around the world, to source and buy ventilators and protective equipment, so that we can reinforce the NHS frontline here at home.

At the same time, we’re working with other governments and the airlines to bring home as many stranded British nationals as we possibly can, prioritising our most vulnerable citizens.

We’ve repatriated a further 1,550 from cruise ships, including most recently the Coral Princess and the Zaandam.

And for those travellers still stuck abroad, we’re doing everything we can to keep international airports open, to keep commercial flights running, and to charter flights, when there are no other options – under the new arrangements I announced last week, and which have now been agreed with 14 airlines.

We’ve allocated £75 million to support those arrangements. We’ve already had flights back from countries including Peru, Ghana, and Tunisia.

And we’re fixing further flights from India, South Africa, Nepal and the Philippines, which will fly later on this week.

So, I want to reassure people that every arm of government is doing everything it possibly can to defeat coronavirus and rise to the challenges it presents us at home and abroad.

Last night, Her Majesty the Queen reflected on the national spirit of unity and resolve that we are seeing in our country, as well as the collective effort we need to tackle the disease. From our heroic doctors, nurses and careworkers, through to those manning the tills at supermarkets and pharmacies, those driving the lorries and the buses. They are all worthy of our applause, they are all worthy of our admiration.

And on that note, both the Prime Minister and I would like to thank all the NHS staff for their truly heroic work and we urge the public to continue to follow the government’s advice to: