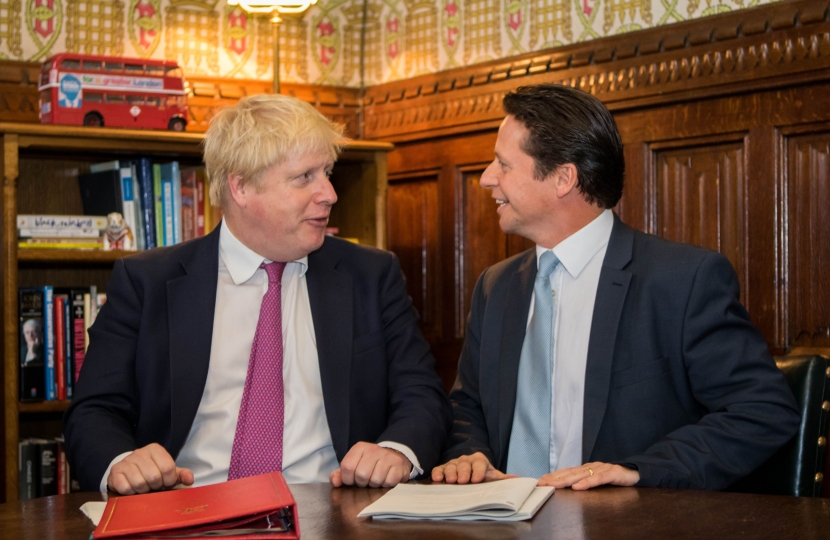 Prime Minister, Boris Johnson, has negotiated a new deal with the EU.

I shall be voting for the deal when we return to Parliament on Saturday and I call on all colleagues from all parties to do the same. This is an opportunity for many of those MPs (on both sides of the chamber) who have said they want to avoid no deal, to ensure that doesn’t happen. The EU have made it clear they have no tolerance for extensions so Saturday is a clear choice:  this deal or no deal.

This new deal ensures that we take back control of our laws, trade, borders and money without disruption, and provides the basis of a new relationship with the EU based on free trade and friendly cooperation. This is a deal which allows us to get Brexit done and leave the EU in two weeks’ time, so we can then focus on the people’s priorities and the country can come together and move on. We will leave the EU’s Customs Union as one United Kingdom and be able to strike trade deals all around the world.

The Prime Minister has achieved what many said was impossible and negotiated a new deal so that we can respect the referendum result and get Brexit done on 31 October, without disruption and in a friendly way.

Boris has been Prime Minister for 85 days. When he took over, many people said it would be impossible to get a new deal and get Brussels to retreat. He has pulled it off. With this deal the Prime Minister has:

This is why I shall be voting for the deal on Saturday.  We can then enter into the transition period which will last until December 2020 when we will determine our future long term relationship with the EU; and in the meantime also focus on delivering on the ambitious domestic agenda outlined in the Queen’s Speech this week.

A number of flood alerts and flood warnings are in place across Worcestershire.

River levels are falling in some parts of the county but are still rising in others.