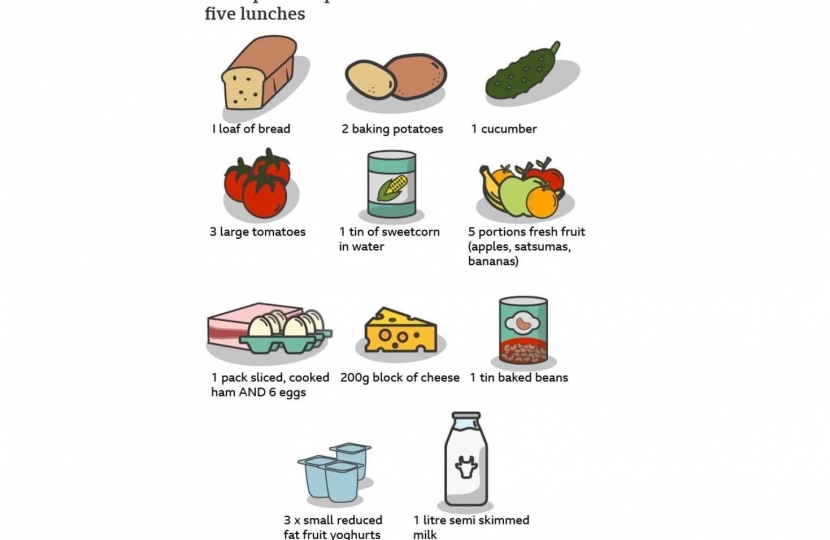 I know that there have been concerns about the Free School Meals packages and the provision of food for children whilst schools are closed. We recognise there have been problems and the Minister for Children, Vicky Ford, has spoken with the CEO of Chartwells – the company who was responsible for the parcels shown on many social media posts – and the CEO apologised and made assurances that they will increase their standards.   The Prime Minister also expressed his dissatisfaction with the quality of some of the food parcels.  It is important to bear in mind though, that in much of the country food parcels have been delivered to or above the expected standard.

However, the Department for Education have now set up a hotline that parents can phone if their parcels are poor-quality. If you are concerned about the standard of your lunch parcel, speak to your school first and if you’re still dissatisfied to contact the helpline on 0800 046 8687.

But I want to note here that I agree with those who’ve shared their views with me that it is unacceptable that packages have, in some cases, not met the expectations and guidance set out by the government.

While the parcels publicised online were obviously not in keeping with the standards we expect, I also want to clarify for constituents that these food parcels are substitutions for the free school lunches children would normally be entitled to in term-time, not all meals for every day of the week.

There has been some misinformation spread online relating to some of the parcel images, too, suggesting they were for an entire family, for as much as two weeks, and that the parcel should be worth £30.. Whereas the parcel shown in the most popularly shared pictured cost £15, and was intended to cover one child’s lunches (not each meal) for 5 days (ie the weekday period they would be in school).   I have attached a photo of the government guidelines for the food parcels above.

The food parcels are to replace school lunches, and the Covid Winter Grant Scheme has been set up to help vulnerable households and families if they need further support or funding. This fund dedicates £170 million to local authorities across the country to help the most vulnerable so that they can provide food for their families.

If you, or anyone you know is struggling, then I would strongly suggest getting in contact with Here2Help Worcestershire at https://www.worcestershire.gov.uk/here2help.

My office can also help direct struggling families to local organisations and food providers who may be able to help.