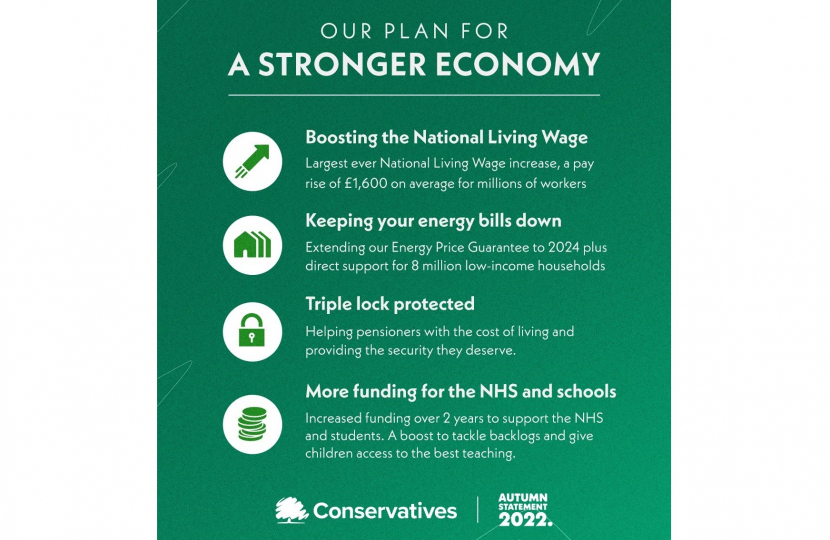 Earlier today, the Chancellor of the Exchequer presented the Autumn Statement to Parliament, with an aim to restore stability to the economy, protect high-quality public services and build long-term prosperity for the country.

I am pleased to see the Government prioritising economic growth while also focusing on protecting public spending - with significant increases in funding for health, social care and education. The Government is also committed to protecting the most vulnerable in society, continuing the Energy Price Guarantee, protecting the Triple Lock for pensioners and uprating welfare benefits in line with inflation.

Highlights of today’s Statement include:

To read the Autumn Statement in full, please see the following link: https://www.gov.uk/government/publications/autumn-statement-2022-documents

Planting a tree in memory of Her Majesty Queen Elizabeth II

Today I planted a tree in memory of Her Majesty Queen Elizabeth II, as part of the #QueensGreenCanopy campaign.