Comment on calls to leave the EU without a deal 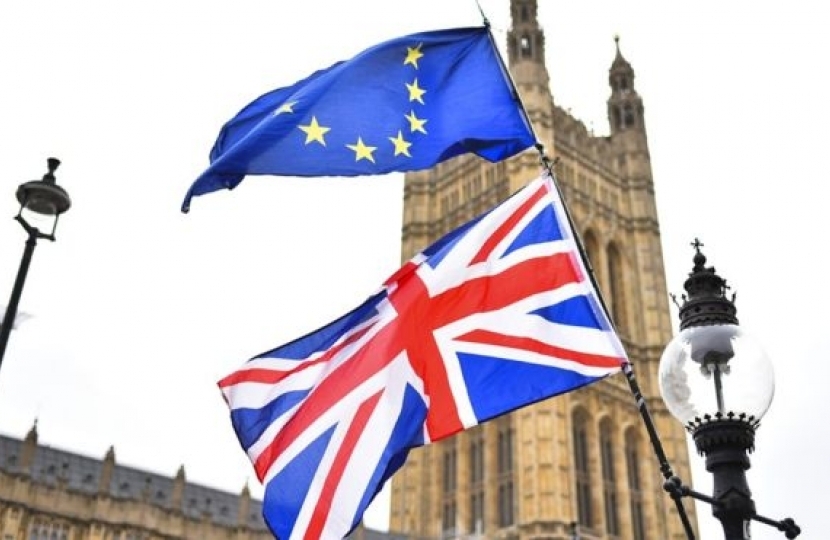 I want to first address the argument advanced by some that leaving the EU with a deal is a betrayal of the referendum result. It is not.

I recognise that some constituents have said they were not told during the referendum campaign that leaving the EU would involve negotiating a deal and that, instead, they were prepared for us to leave without having any deal in place. Both the Remain and Leave campaigns made it clear that we would need to negotiate formally with the EU to change our legal situation and likely have a period of transition in order to implement the new arrangements. The Leave campaign also acknowledged that we would continue co-operating with the EU in many areas, for instance with counter-terrorism.

The manifesto on which I stood in 2017 clearly stated that a Conservative Government would seek a “deep and special partnership with the European Union” and that the final agreement would be subject to a vote in both houses of parliament. It also contained commitments to assessing whether or not to continue with specific European programmes and agreeing the terms of our future partnership with the EU alongside the terms of our withdrawal within the time limit granted under Article 50.

I therefore don’t accept the argument that everyone – or even the majority – of people who voted leave did so expecting us to leave without a deal.

I do accept that the Conservative manifesto said no deal would be better than a bad deal.  I agree.  But it is my judgement that the Prime Minister’s deal is not a bad deal and therefore it is better than no deal. I recognise that not everyone shares that opinion, and may take a different view, but it explains my own personal belief and stance.  Furthermore, we Conservatives did not win a majority at the last election so the Conservatives are not necessarily in a position to implement everything we wanted as there would not always be a majority in parliament to implement everything we aspired to do. This is not a question of ‘betrayal’ but an honest acceptance of parliamentary arithmetic.

Some constituents have claimed there would be no downsides to leaving without a deal and the UK could simply revert to WTO rules. But WTO is not all-encompassing and vital sectors like aviation, digital and financial services sectors are not covered by WTO rules. I have also received overwhelming feedback from employers (both in Worcestershire and across the country) about the negative impact leaving without a deal would have on their businesses. Many industry bodies including the NFU have also stated publicly that the Prime Minister’s deal is better than no deal.  So too have many other industry bodies and groups who represent companies that together employ thousands of my constituents. It would be irresponsible of me not to take their views seriously, too.  Concerns about the possibility of job losses weigh very heavily on my mind.  While I accept that many people in my constituency feel that we could leave without a deal, many of them do not work in the sectors most likely at risk from no deal where there is great concern and even fear of leaving without a deal.  I therefore have major concerns as to whether businesses in my constituency are adequately prepared for us to leave imminently with no deal.  While a managed transition to no deal may be acceptable, I am concerned about the immediate consequences of a no deal outcome.

But the most important point to keep in mind is the practical reality of where we are with regards to no deal. Parliament has made it clear that there is no appetite for leaving the EU without a deal. While I did not personally join them, more than 400 of my colleagues in Parliament voted to take no deal off the table during the indicative votes last week and it was the most convincingly defeated option overall. It is highly unlikely therefore that the Speaker will even allow this to be considered an option to be debated and voted on again.

May I also take the opportunity to respond to some criticisms I have received related to my stance on the no deal situation.  I have never voted against no deal being an option.  I have repeatedly stated that no deal should be an option and strengthened our negotiating stance during the negotiations; and I have repeatedly argued and voted in favour of money being allocated to prepare for no deal.  I was also vocal last summer in suggesting that no deal actually be a strategic position that we take months in advance of the actual exit date and then the onus would have been on the EU to propose an alternative offer, but this was not pursued.

I have then also voted in favour of us leaving the EU every time such a motion has been made in parliament from the triggering of Article 50 to the recent approval of the Withdrawal agreement.  I have actually voted for us to leave the EU more often than not only the Opposition but even some of my colleagues whom’s driving political goal has been for the UK to leave the EU.  This is a somewhat ironic situation, but I fear the lack of willingness to accept any degree of compromise has driven some of my colleagues to vote in such a way that they actually increase the risk of us not leaving at all!  Although I accept this is not their intention.

I have consistently voted for the Prime Minister’s Withdrawal Agreement – the mechanism that would allow us to leave the EU – and I intend to do so again if it is brought back to the House. Not only have I voted to leave the EU three times by supporting the Withdrawal Agreement but I also voted: in favour of triggering Article 50, against an extension to article 50, against a second referendum, against revoking Article 50 and against the Spelman Amendment which would have taken no deal off the table. Any suggestion that my votes in Parliament have somehow blocked the Brexit process is therefore a complete mischaracterisation of my record.  If this is supposedly a record of a ‘remainer’ then it is a pretty poor one!

Further indicative votes on alternative forms of Brexit are due to be held this evening and I am giving due consideration to any of the options which will enable us to leave the European Union while also benefitting my constituents, as well as the country as a whole.

Let me be clear: I am not enthusiastic about any of the options we will vote on tonight and my ideal scenario remains the Prime Minister’s deal. I am also aware that unless we can come up with an alternative, the default is that we leave without a deal on 12th April.  Any EU member state can also veto any proposal we come up with.  We therefore do have to continue to prepare for the possibility of leaving without a deal, and it is only sensible for us to do so.  But I do not believe this is a desirable outcome for the British economy and hope we can still leave with a deal.

But just as the parliamentary numbers don’t support leaving without a deal, they don’t seem to support leaving with the Prime Minister’s deal either. I therefore have to compromise on what my ideal solution would be and think seriously about which of the alternative solutions on offer I could tolerate.

I hope that constituents of mine who want to leave without a deal are able to take the same approach, and I would ask everyone to consider what alternative solution would be acceptable to them. We have gone beyond a situation where we can all get what we want, to having to recognise that we will all have to compromise and have to consider the least worst of the viable alternatives.  I did not want us to be in this sorry state and am extremely angry that predominantly Labour MPs voted against the Withdrawal Agreement last week that would have enabled us to leave on 22nd May.  But we are where we are, and I remain committed to us leaving the EU and respecting the result of the 2016 referendum.

The Birmingham 2022 Commonwealth Games are looking for three categories of volunteers for the Opening and Closing Ceremonies: