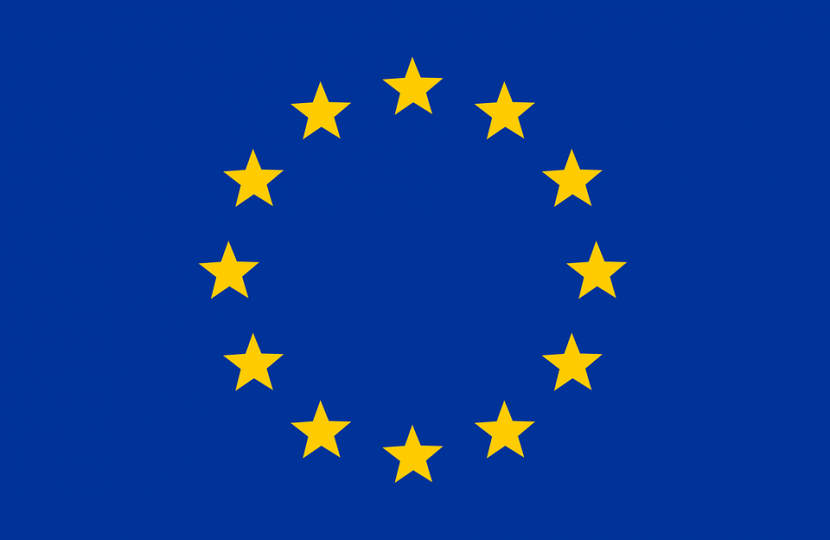 I strongly support the Government’s efforts to renegotiate the country’s relationship with the EU. The EU needs to change. It is heading in a direction we never signed up to – it’s too big, too bossy and too interfering. I, like many of my constituents, have deep concerns about the loss of sovereignty, the drive towards a European super-state, over-regulation, and levels of immigration. But I also believe that the UK can achieve genuine, lasting reform of the EU.

Following this renegotiation the British people will have a genuine choice in the form of a referendum. I will be voting in whatever way I believe is in the UK’s best economic interests and am spending a lot of time talking to local and national businesses about how they believe leaving or remaining in the EU would affect them and their employees. Put simply I want the Prime Minister’s renegotiation to succeed, and, if it does, I suspect it would be in Britain’s national interest to remain in a reformed EU. If the renegotiation does not achieve the desired goals, I would of course consider voting to leave.

I do however think it important to note that what I believe on this issue is of no more importance than what you or anybody else believes. Rightly every British voter will have an equal say and they themselves will have weigh up what they perceive to be the costs of benefits of life in and outside of the European Union. It will then be up to politicians to make whatever the British people decide work.