Speech on upgrading the Cotswold Line 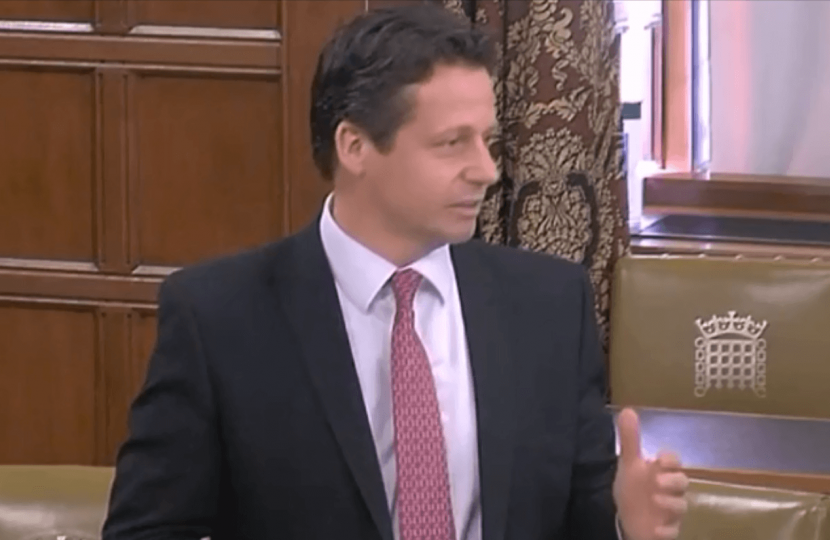 On Wednesday 28th March, I contributed to a parliamentary debate on upgrades to the Cotswold Line.

The debate had been called by Robert Courts MP whose Witney constituency is also served by the Cotswold Line and Harriett Baldwin MP was also in attendance.

I emphasised the significance of the Cotswold Line to Worcestershire’s economy and pointed out that despite often being cited as one of the most desirable places to live, the region is somewhat let down by relatively poor transport infrastructure. I pointed to the work of local organisations such as the Cotswold Line Promotion Group, the North Cotswold Line Task Force and the Vale Public Transport Group which has already led to some recent improvements to the local transport infrastructure. I highlighted the reopening of Broadway Station and the ongoing construction of Worcestershire Parkway Station which, when completed, will dramatically improve Worcestershire’s connectivity to the rest of the country.

During the debate, I asked the Minister for his view on alternative sources of funding for expanding parking capacity that local stations urgently require, as well as what more the Government can to do hold franchisees to account when the services they provide to British taxpayers fall short. He highlighted the significant deterioration in the service provided by Great Western Railway that local residents have suffered from in recent months and stated that while GWR has acknowledged its service has fallen short, its issues are not being addressed fast enough.

The Government is currently considering the responses to its consultation on the future of the Great Western Railway franchise and I urged the Government to strongly consider creating a stand-alone franchise for the North Cotswold Line, as well as including an explicit case for redoubling the line in any future refranchising agreement.

Local transport infrastructure is an incredibly significant issue for Worcestershire and a lot of the correspondence I receive contains complaints about the local train service or calls for further improvements to be made. I was therefore keen to participate in the debate, give a voice to the comments my constituents make to me and to call on the Minister directly to consider making further improvements to Worcestershire’s rail services. I was pleased to hear the Minister’s recognition of the need for a more reliable railway service and was reassured that the prospect of splitting the franchise in the future has not been ruled out. Moving forward it is important that we work as partners with GWR to improve the service for residents and I will continue pressing both GWR and the Government to implement the upgrades to the Cotswold Line that my constituents deserve.