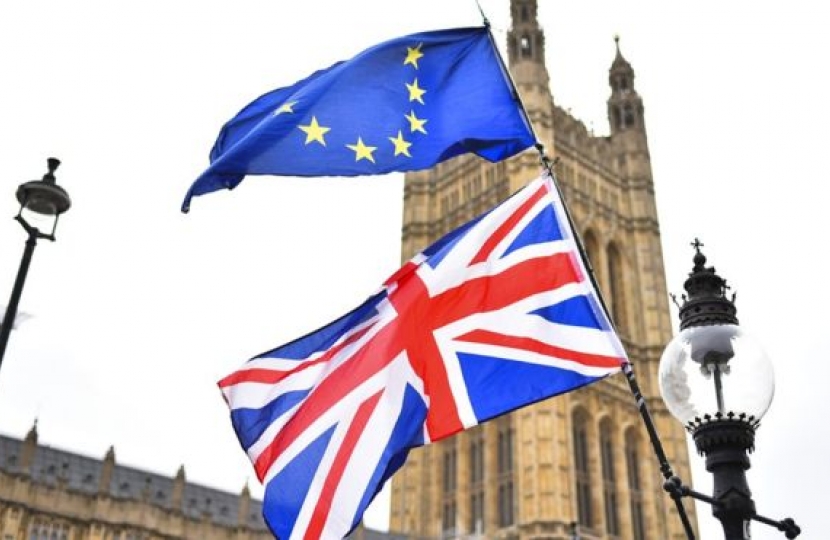 I was disappointed that the Prime Minister’s deal was voted down by the House of Commons last night.  I voted for the improved deal because I believe it delivered on the promise of the referendum result and there were also significant changes that reduced the risk of the EU being kept in a backstop indefinitely.    Specifically, the deal would commit both sides to aiming to replace the backstop with alternative arrangements by December 2020.

It was up to MPs to make a part legal, part political judgement on the deal, and unfortunately the additional assurances were not enough to give enough MPs confidence to vote for the Prime Minister’s deal at this stage.  I was, however, pleased to see MPs who had previously voted against the deal such as David Davis, Philip Davies and Nadine Dorries in the same lobby as me voting for the deal.  Like many MPs, I recognise that while the deal is not perfect, the likely alternatives are very unattractive.

I believe that the possibility of no Brexit, or a deal very different from that which many of my constituents voted for may now result.

We are faced with considerable uncertainty as we try and move forward to leave the EU with a deal and the deadline of 29th March is fast approaching.  Whilst I believe that a managed no deal is an option, I am uncomfortable with the idea that we could complete preparations for such an eventuality within the next two weeks. I am therefore inclined to vote for the Prime Minister’s motion today, which rejects pursuing a no deal scenario on March 29th, but recognises that no deal is still an option. Many business in my constituency and across the country tell me they are not prepared to leave without a deal so soon.

Later this week we may also vote on whether to extend Article 50.  Again, as I was voted for us to leave with a deal on 29th March I am very uncomfortable with the idea of extending Article 50, but accept that we may have to do so if – as seems likely – further parliamentary time is needed to develop a new course and to allow for further discussions with the EU.