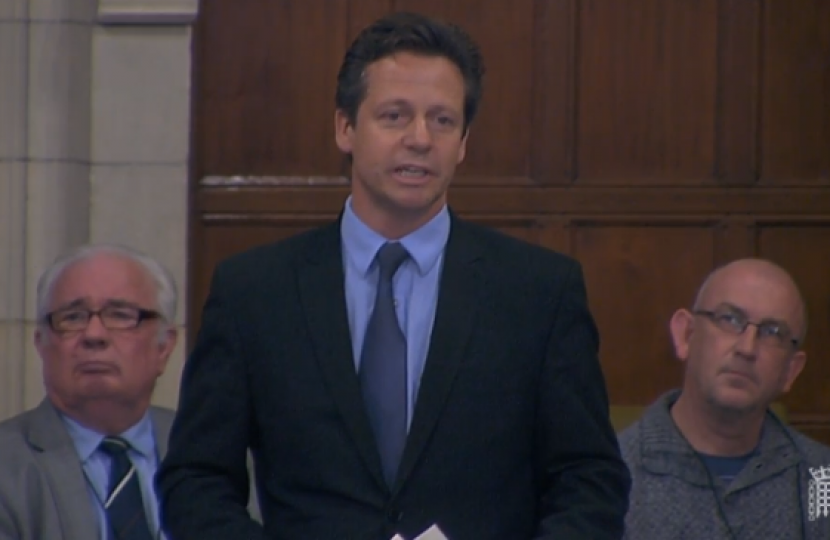 On Wednesday 2nd February I led a parliamentary debate in Westminster Hall on grandchildren’s access rights to their grandparents and the full transcript of the debate is available here.

I have been championing the issue for some time and previously raised it with the Prime Minister during Prime Minister’s Questions and with the former Justice Minister Dominic Raab in a meeting with Dame Esther Rantzen and the Bristol Grandparents Support Group.

Unlike in other countries such as France grandparents in England and Wales have no automatic legal right to see their grandchildren, and vice versa. Grandparents are able to seek leave of the court to apply for a Child Arrangement Order (CAO) but the process carries a significant emotional, administrative and financial burden and there are some issues with enforcement after a CAO has been granted.

I called on the Government to explore amending the Children’s Act to enshrine in law a child’s right to have a relationship with their grandparents by adding the words “and any grandparents” to the existing section on parental involvement in relation to the welfare of a child. I said that I hope changing the law would ensure that deliberately restricting the access of one family to another for no legitimate reason becomes socially acceptable and pointed out the phraseology of the law was such that it would not grant grandparents the right to involvement in their grandchild’s life if a case could be made before the court that it would bring the child harm.

Justice Minister Lucy Frazer acknowledged in her response to the debate that the system could work better and said she was keen to look into how it can be improved, including by looking at changing the law in relation to presumption as I had suggested.

I was pleased to be joined by so many colleagues from across the House in making the case to the Government for change and was encouraged by the Minister’s response, particularly her recognition that the system could work better. It is clear that this is a growing issue affecting families across the country and not only was I inundated with communications from grandparents and grandchildren sharing their stories before the debate but since it took place I have been overwhelmed by appreciative comments from families who watched it and are now hopeful that change may be on its way. I am looking forward to making progress on the issue and as I said in the debate: ‘we would all love to have a situation where we do not have to debate such issues or have family breakdowns end up in court but the reality is that it does happen and we as parliamentarians should do all we can to help make the process as easy and painless as possible for all involved.